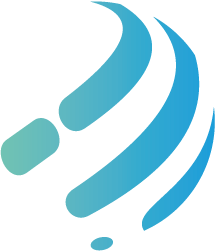 By Alexandra Demeure 26 May 2021 In France news

Created by the 2016 law on foreigners in France, the “Salarié détaché ICT” status (“Internal Corporate Transferee” in good French) has since occupied a major place in the landscape of corporate immigration in France. Focus on its characteristics, its advantages, its conditions.

The “Salarié détaché ICT” status is applicable to foreign staff (non-EU nationals), employed by a foreign company (non-EU), and temporarily posted to France under their foreign employment contract. Both host and home companies shall be part of the same group. It replaces the old category of “Salarié en mission – Contrat étranger”.

This category of work and residence permit in France has several advantages:

However, the status’ eligibility conditions are quite restricted. The status of “Salarié détaché ICT” is only applicable to experts and staff occupying a senior management position. Other staff cannot be posted to France without signing a local employment contract. A minimum seniority of 6 months in the group of companies is also required where 3 months previously sufficed.

Finally, since the employment contract will remain based abroad, the related contributions will not be paid in France. Consequently, the authorities limit the length of stay under the cover of the “Salarié détaché ICT” status to 3 years, non-renewable. This period may include a second secondment in the EU via the “Salarié détaché ICT mobile” route. A 6-month waiting period outside the EU will be required before the candidate can again claim such a permit on the role.

All these provisions are in line with European standards establishing an ICT seconded employee status common to all signatory Member States (Directive 2014/66 / EU), improving the attractiveness of the EU for international talents and facilitating movement of professionals between Member States.

Update Covid-19: At the time of writing, “Salarié détaché ICT” visas are not being issued by French consulates, and have been frozen for several months. These personnel are not considered essential for the economy of France, as such they do not justify a compelling reason to enter and the borders are closed.

Any questions? Contact us on contact@22-55.fr or via our LinkedIn page!